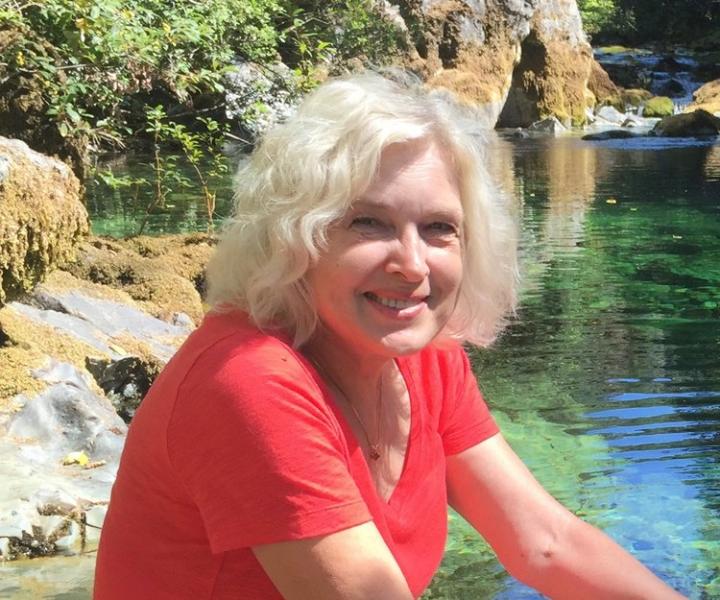 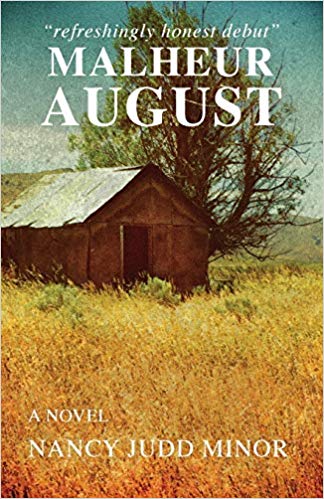 Annie Bloom's welcomed local author Nancy Judd Minor to read from her novel, Malheur August.  We have a brief videoclip of the Q & A following the reading.

Malheur August opens with a map of Malheur County, OR and its Malheur River. "Malheur" means "bad time," we're told--and Nancy Minor plays with that notion skillfully. Set in 1971 with substantial flashback to the 1940s, her novel becomes an utterly convincing portrait of life in rural Oregon a generation or two ago. (Think of Grant Wood joking around with Dorothea Lange.)

Our protagonist, Jean Algood, spends her last home-from-college summer, the summer of 1971, questioning her parents' friends and neighbors about what Clete and Oleta had been like at her age, and about what had gone wrong--what had embittered her father and hollowed out her mother in the years before she was born.

The questioning here is triggered by a photograph Jean and her cousin find when they venture into the ramshackle hut of the town's recently deceased "old hermit." Who was the hermit? Why did he keep a Kodak image of young Clete Algood in an empty coffee can in his filthy shack? Who was the beautiful girl standing next to Clete in the photo, the one with the too-familiar eyes? The "mannish" woman in the photo, they remember from another Kodak back home: it's Clete's twin sister, Cloris, who hasn't been seen in Malheur County since 1946. The plot thickens as they try to identify the hermit. Sweetens as their mother's old friend recounts parts of Oleta's story. Sours when Clete's tractor overturns. Thickens again when Aunt Opal--Clete's uber-bossy Mormon sister--manages to contact Cloris. And then quietly explodes.

This is not a bildungsroman, and it's not a murder mystery; it's a recovery tale, beautifully fragmented and waiting to be stitched back together into the crazy quilt which was "this American life" 50 or 75 years ago. It's spot-on about mid-20th-century rural life: it's full of affection and humor and dread. It's replete with rodeos and kittens, seductions and pregnancies, apple pies and accidental deaths and half-hearted heroism. It's loaded with secrets and their keepers. If you've ever studied the faces in old FSA photos, you've been in Malheur County. Read this book to understand those times.